State Flower: Wood Violet
State Tree: Sugar maple
State Bird: Robin
State Motto: “Badger State” Although the badger has been closely associated with Wisconsin since territorial days, it was not declared the official state animal until 1957. Over the years its likeness had been incorporated in the state coat of arms, the seal, the flag and even State Capitol architecture, as well as being immortalized in the song “On, Wisconsin!” (“Grand old bager state!”) 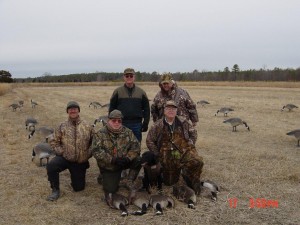 For the 21st consecutive year, the Labrador Retriever is the most popular purebred dog in America, according to 2011 registration statistics released by the American Kennel Club® (AKC). More than twice as many Labs were registered last year than any other breed making it a likely leader for many years to come.

Walking the Lab is a good start for daily exercise, but a stroll around the block is not enough of a daily workout. They love running, swimming and playing fetch for hours without tiring of the game and are extremely patient with children of all ages.   These dogs need to run every day in order to burn off excess energy, and if they aren’t properly exercised they will become destructive.  Labs are thrilled to accompany you on jogs or to run alongside a bicycle. Playing in the yard with children can keep them busy for hours. If land is available, take the Labs into the field to retrieve.  They can handle icy water temperatures with ease.  If you own a swimming pool, it will be difficult getting your Labrador out of the water.

If you need more reasons to consider owning a Labrador Retriever, be sure to read Ten Reasons to Own a Dog, a seven part article written by a counseling psychologist. She shows how owning a dog can help produce healthier, happier, more well adjusted children.

Woody and Judi Thurman have been breeding and training world class Labrador retrievers for more than thirty-five years. Their Labs can be found across the states from Alaska to Maine, from Montana to Texas. Visit our Puppy Page or call Woody or Judi for more information at 910.462.3246.