Brief History of the Labrador Retriever

Introduction to the Labrador Retriever

According to the American Kennel Club (AKC), the Labrador Retriever is in the class of Sporting dogs.  They are considered a flushing dog that will retrieve downed game for their hunter master.  The Labrador Retriever graduates from Twin Lakes Kennel and their owners have proven our training methods on waterfowl and upland birds from South America to Alaska.  According to the AKC rankings, Labs have come to be one of the favorite family house pets in America today, ranking Nunber One for the past decade. They are intelligent, energetic, gentle, loyal and playful.  If properly socialized, which we begin immediately, they can easily live along side other pets around the house.

Brief History of the Labrador Retriever

The Lesser Newfoundlands were the constant companions of fishermen of the Labrador Sea, catching fish that came loose from the lines and trained to jump into the icy waters to help pull in the nets.  The Lesser Newfoundland developed a wide-spread reputation for its hunting and retrieving abilities.  Early in the 19th century, the Earl of Malmesbury reputedly saw one of the dogs of this type and had it imported.  In Great Britain, it became very popular on the large estates, and breeding programs by the estate owners were put into place.  Virtually all of those dogs came from the kennels of the Dukes of Buccleuch and the Earls of Malmesbury, who must be credited with preserving the integrity of the new breed of hunting retriever.

The temperament of the St John’s Water Dog is documented back to the early days in England and had made them ideal family pets as well as accomplished sporting dogs.   In 1830, British sportsman Colonel Hawker, the celebrated wildfowler and one of the foremost shooters of his time, referred to the breed as “by far the best for any kind of shooting, he is generally black and no bigger than a pointer, very fine in legs, with short smooth hair and does not carry his tail so much curled as the other; is extremely quick running, swimming and fighting … chiefly used on the native coast by fishermen, Their sense of smell is hardly to be credited; in finding wounded game there is not a living equal in the canine race.”

The dogs were not known as Labradors until the Earl of Malmesbury admitted that he “always called [his] Labrador dogs.” In 1887, the third Earl of Malmesbury wrote to a friend, “We always called mine Labrador dogs, and I have kept the breed as pure as I could from the first I had from Poole (Harbour), at that time carrying on a brisk trade with Newfoundland. The real breed may be known by their having a close coat which turns the water off like oil, above all, a tail like an otter.” 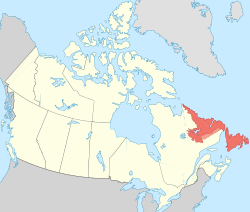 The Territory of Labrador, now the easternmost province of Canada, is just northwest of Newfoundland Island, geographically.   Richard Wolters in his book,  The Labrador Retriever, writes that the 19th century Brits lumped that area together as the same land mass, so the name Labrador could have referred to dogs from that general area.  During the 1880’s trade with Newfoundland broke down and the Quarantine Act of 1885 stopped the importation of the Lesser Newfoundland dog into England.  During the same period,  all the districts in Newfoundland banned the keeping of all dogs. The breed was virtually destroyed in the Island, but a few of the old breed were found in remote areas during the 1930’s.  Many Labradors were interbred with other types of retrievers, but luckily, the breed prevailed and fanciers drew up a definitive standard.

Neither the Buccleuch dogs nor the Malmesbury dogs ever appeared in competition. It is, however, from the careful and dedicated importation and breeding by these kennels, including the Radclyffe family, in the earliest days of the breed’s history, that the bloodlines of the pure bred Labrador became established in England.  We owe a huge debt of gratitude to these men and others like them, for their diligence in protecting and preserving the bloodlines of the Labrador we love and enjoy, today.

Accurate pedigrees of today’s Labrador Retrievers can be traced back to1878. The Labrador retriever was finally recognized as a distinct breed by the English Kennel Club in 1903. The first registration of Labradors by the American Kennel Club was in 1917.  During the 1920s and ‘30s, there was a great influx of British dogs that formed the backbone of the breed in this country.  The Labrador Retriever Club recognizes the importance of keeping the Lab true to its original purpose and requires that before the Club will recognize a conformation championship, the Lab must also have a Working Certificate, to prove that it meets minimum standards of field work.

Are you interested in learning more about labrador retriever puppies for sale by Twin Lakes Kennel?  Call us for more information  at (910) 462-3246 to purchase a world class Labrador Retriever from Woody Thurman today!